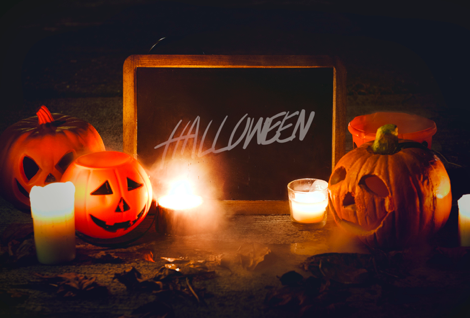 Eight Songs You Must Have for Your Halloween Karaoke

1. This is Halloween by The Nightmare Before Christmas

The Nightmare Before Christmas was one of Tim Burton’s most wildly conceived and ambitious films: a stop-motion dark fantasy musical film aimed at a younger audience seems a recipe for disaster. Disney eventually released the film under their adult film label, Touchstone Pictures, because they were afraid the musical would be too dark for children and would scare their core audience off other Disney products. However, after release, the film became a cult hit and snowballed in popularity, with many of its songs having contagious beats that impressed music experts. Panic! At The Disco and Marilyn Manson both released covers of one of the most popular songs of the bunch, This is Halloween, over a decade after the film’s release.

There is probably not a more seasonally appropriate hit than This is Halloween, and the song has to make any Halloween karaoke event.

2. I Put A Spell on You by Jay Hawkins

The oldest song on our list, Screamin’ Jay Hawkins’s classic I Put a Spell on You is a beautiful blues ballad that everyone can enjoy. He evokes sorcery to plead with the love of his life to stay with him instead of going with another. Hawkins never charted with this song, but the song has become famous through its huge number of covers - Nina Simone, Sonique, Annie Lennox, Marilyn Manson, and even Bette Midler in Hocus Pocus have sung this song!

Whether you want to evoke the excellent range of Annie Lennox, the hilarious Bette Midler, or the shoutier emotional singing of Screamin’ Jay Hawkins himself, if you’re dressing up as a witch or wizard this year then I Put a Spell on You is a go-to classic.

Let’s be honest – you read the phrase ‘time warp’, and you cannot stop the wiggling earworm of a song from playing in your ear; if you’re not singing it to yourself already! Luckily, that is how everyone feels when they hear this hit. So get it blasting through your karaoke machine, grab your friends, and let’s do the time warp again!

4. Somebody’s Watching Me by Rockwell

Michael Jackson’s backing vocals to this song are perhaps what makes it so well known, but Rockwell’s Somebody’s Watching Me was a big hit for the son of  Motown founder Berry Gordy. The music video though is freaky – the singer is haunted by the figure of a man who turns out to only be the mailman. Rockwell is relieved - until you see the mailman’s rotting arm and find out he’s a zombie!

Everyone knows who to call if there’s something strange in your neighbourhood. The metonymous film makes this song as famous as it is, but the jingle-inspired hit takes everything that makes commercial music catchy and memorable and weaves it into a three-minute classic song. Even if you or the audience to your singing do not know the words of the song, everyone can get involved shouting, at the end of the chorus before the horn synth keyboard blares out its most famous melody.

6. Monster by The Automatic The Automatic was a bit of a one-hit-wonder band, but their 2006 hit Monster was an instant classic rock song that has appeared on FIFA 08, Lego Kinect Sports, Hollyoaks, Doctor Who Confidential and more. It divided opinions on release, and its most iconic line - “What's that coming over the hill? Is it a monster? Is it a monster?” – was originally just a holding lyric and not meant to be in the song at all, but it all ‘just stuck’, according to track composer Robin Hawkins. Thankfully the lyric stayed in, and the song is a staple of all Halloween karaoke lists.

Despite being released in May, the Monster Mash hit #1 the week before Halloween in 1962, and it is no surprise to see why it did so well in the month of October. The full Bobby Pickett album The Original Monster Mash contains a large number of Halloween themed songs, but Monster Mash has become a sustained success since release. The song describes how a mad scientist concocts secret experiments until he finally creates his own Frankenstein’s monster. The lumbering creature raises itself from its slab table, stands and towers over its scientist … then starts dancing! His boogying become the “the hit of the land”, and everyone starts copying his moves – much to the annoyance of Dracula, who asks at the end of the song, “Whatever happened to the Transylvania Twist?”

Whenever a Michael Jackson song starts playing, people all start singing along with the King of Pop’s classic hits. And there is probably no more well known MJ track than Thriller. The iconic music video and punchy beat rocketed the song to be the first ever to reach 30x platinum and remains the world’s best-selling album to this day. Its chorus is catchy, its beat is foot-stompingly good, and no list is complete without this holiday favourite.

This list has been full of Halloween themed songs, but if you want something truly disturbing, and proof that ‘horror’ can be a theme in music without devolving into ‘horrorcore’, then we have to suggest Crispin Glover’s experimental music album ‘The Big Problem ≠ The Solution. The Solution = Let It Be’. Glover might be most well known for his performance as George McFly in the Back to the Future series, but his attempts to impart Lovecraftian despair into three-minute chunks in this album are spectacular and need hearing for believing.

The album itself includes a reading from a 19th-century non-fiction book about the practicalities of vermin control in schools, and a cover of These Boots Were Made for Walkin’ peppered with maniacal laughter. However, Clowny Clown Clowns is undoubtedly the most nervous, distraught and disturbing song on the album. Without spoiling too much (and because it is almost impossible to describe), listen and you will understand.

This song scares me. And if you are looking for a song to spook your friends, then go to town with Clowny Clown Clowns.

If you are inspired to start your own karaoke party based on our ideas, look at our karaoke machines or get in touch and we will be happy to sort you out with a machine that best suits your needs. Have a look at our advice for other themed karaoke parties for some more ideas.